A series of bomb blasts have rocked Bombay/Mumbai again. Close to 180 people dead and 460 injured during the blasts. This is the worst bomb blasts Mumbaikars have seen after 1993 blasts.

Few months back, I met a friend, T V Srinivas, who is staying in Mumbai for more than 16 years. While we were talking he said – “All these blasts, heavy rain, floods are daily part of Mumbaikars. Very next day people start their day as if nothing happened yesterday.”

And as usual Mumbai is returning back to its normalcy. And a group blog Mumbai Help is trying its best to help the victims and the affected. 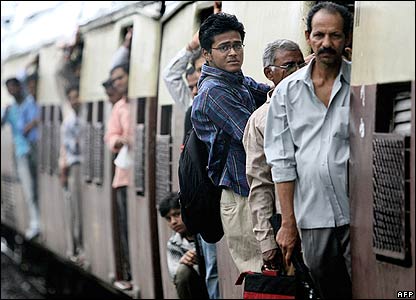 But, what I don’t understand is why on earth these media have to show all those bloodstained photos and videos. Just for the heck of publicity. Just to make a name in the media world.

One appeal in media — Spread the news, but not through those horror videoclips/photos.

And another appeal in terrorists – Don’t be coward and kill innnocents. Come out and fight with us.

May the souls rest in peace.

3 thoughts on “Bombay and Bombs”